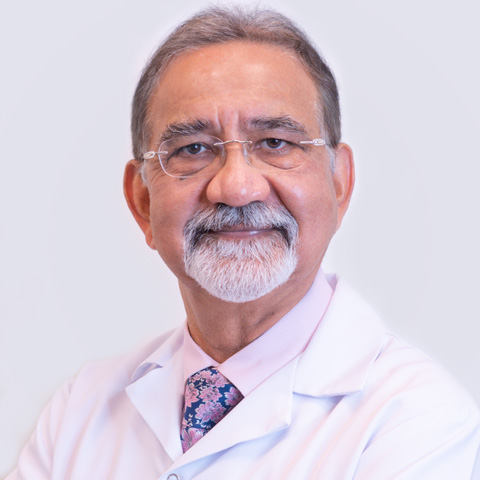 Dr. Siddique trained and practiced for over ten years in various large British hospitals with eminent ENT and Head and Neck Surgeons. He was awarded a Diploma of Laryngology and Otology (DLO) by the Royal College of Surgeons of England and coveted Fellowship of the Royal College of Surgeons of Glasgow. Adding to his accolade, he received a unique distinction for his work by winning the United Kingdom Temporal Bone (Ear Surgery in Laboratory) surgical dissection competition. His distinctive work was presented and given recognition at the Royal Society of Medicine, London annual meeting and the Portmann Institute of Ear Surgery in Bordeaux, France. During this period, he developed a special interest in advanced ear surgery for hearing restoration, which still remains his area of special interest. His other areas of interest are FESS (Functional Endoscopic Sinus Surgery), diagnosis and treatment of childhood deafness, Radiofrequency surgery for snoring and nasal obstruction.

Dr. Siddique relocated to the UAE in the year 1996 as a Consultant and Head of the ENT Department, Al Qassimi and Kuwaiti Hospitals, Sharjah with added post as the Head of Academics. He established his own specialised clinic, Abdul Ghani Medical Centre in Sharjah and has been associated with established healthcare providers for more than ten years in Dubai.