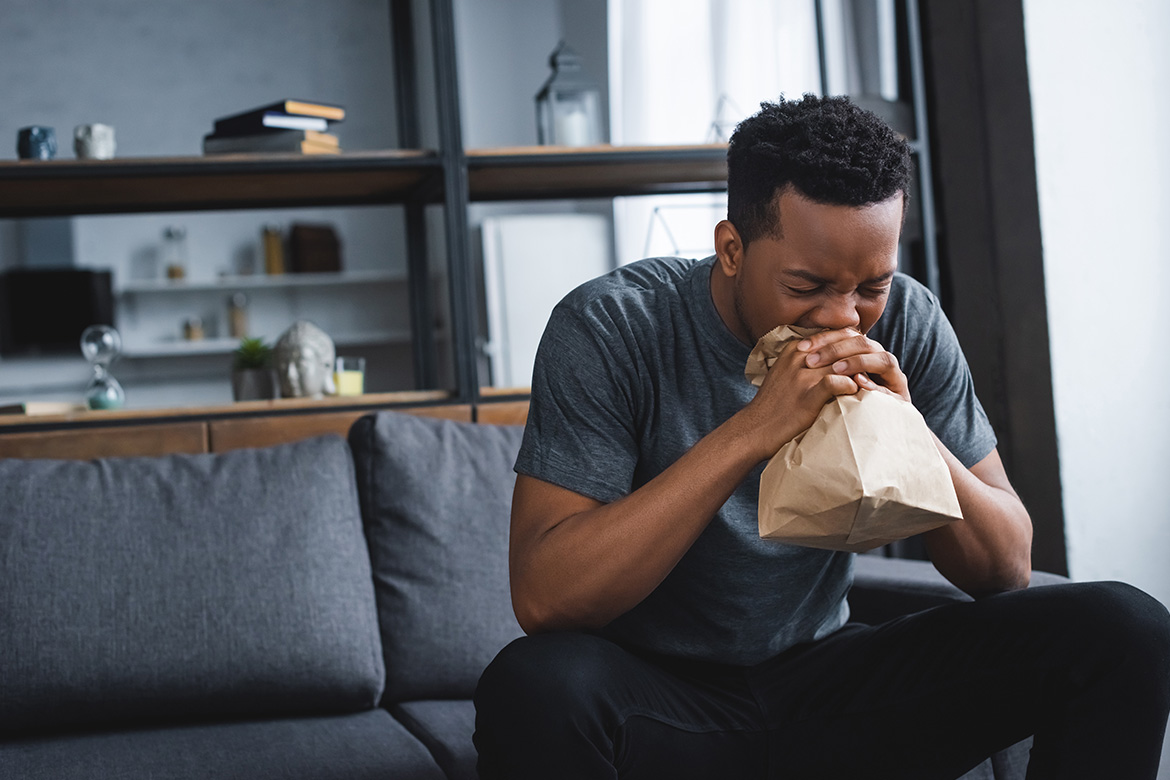 What are Panic attacks, how are they defined in medicine?

Panic attacks are a group of mental and physical health symptoms that occur all at once. They are attacks of intense anxiety that often include marked physical symptoms such as tachycardia(fast heartbeat), hyperventilation(fast breathing), dizziness, nausea, choking, tingling sensations and sweating. It can also be associated with feelings of impending doom (something bad about to happen). The attacks last a few minutes.

What are the effects on body and mind?

Physical effects can involve multiple systems of body. Gastrointestinal symptoms such as acidity, nausea and epigastric pain (stomach pain), Cardiac (heart) effects can include palpitations (to be able to hear your own heartbeat) and increased blood pressure, metabolic symptoms such as altered appetite, menstrual irregularities and neurological problems like headache, near syncope(a kind of fainting) etc.
Psychological symptoms can be worse and the fear of having an attack again can limit the ability to carry out daily routine activities and can cause change in behavior. In worse cases, a person can stop going out of his/her home if the attacks become recurrent (Panic disorder). In long term it can leave a person demoralized and depressed.

They can obviously be caused by many different things, but what are the most common triggers?

The reasons for Panic attacks can sometimes be clear and sometimes be a mystery. The known common triggers can be, but are not limited to, injury (accidents or surgery), illness, childhood separations, interpersonal conflict or loss, drug addiction/abuse and withdrawal from certain medications or a recent temporary stressor a person cannot get his/her head around.

How are they treated by Doctors?

Treatment can be done alone (behavioral therapy or medications) or in combination and is done in several ways. It includes Medical, behavioral, psychological and Social methods. A doctor usually helps the person with a tailored therapy for each individual and involve almost all of these methods and helps the affected individual to realize and learn to live and take control of their lives. It results in reducing anticipatory anxiety and returning to premorbid level of function.

When should someone suffering from panic attacks go and see a doctor?

When symptoms occur, these people are usually first seen in ER as the symptoms could mimic a Cardiac emergency, after which they are referred to primary care physician for a post ER follow up, usually a GP. The role of GP is very important in assessing and making a diagnosis of panic attacks.
In my opinion, a person should seek medical advice as soon as there are symptoms of any sort that feels alarming or not normal.

See a GP if you’ve been experiencing symptoms of panic disorder.
They’ll ask you to describe your symptoms, how often you get them and how long you have had them.
They may also carry out a physical examination to rule out other conditions that could be causing your symptoms.
It can sometimes be difficult to talk about your feelings, emotions and personal life, but try not to feel anxious or embarrassed.
You may be diagnosed with panic disorder if you have regular and unexpected panic attacks followed by at least a month of continuous worry or concern about having further attacks.

How can someone minimize the risk of having one?

Panic attacks are usually long standing and may be difficult to treat. All can be relieved to varying degrees with medications and behavioral techniques. The prognosis is better if the commonly observed anxiety-panic-phobia-depression cycle can be broken with the combination of therapeutic interventions discussed above along with breathing techniques which can reduce panic.