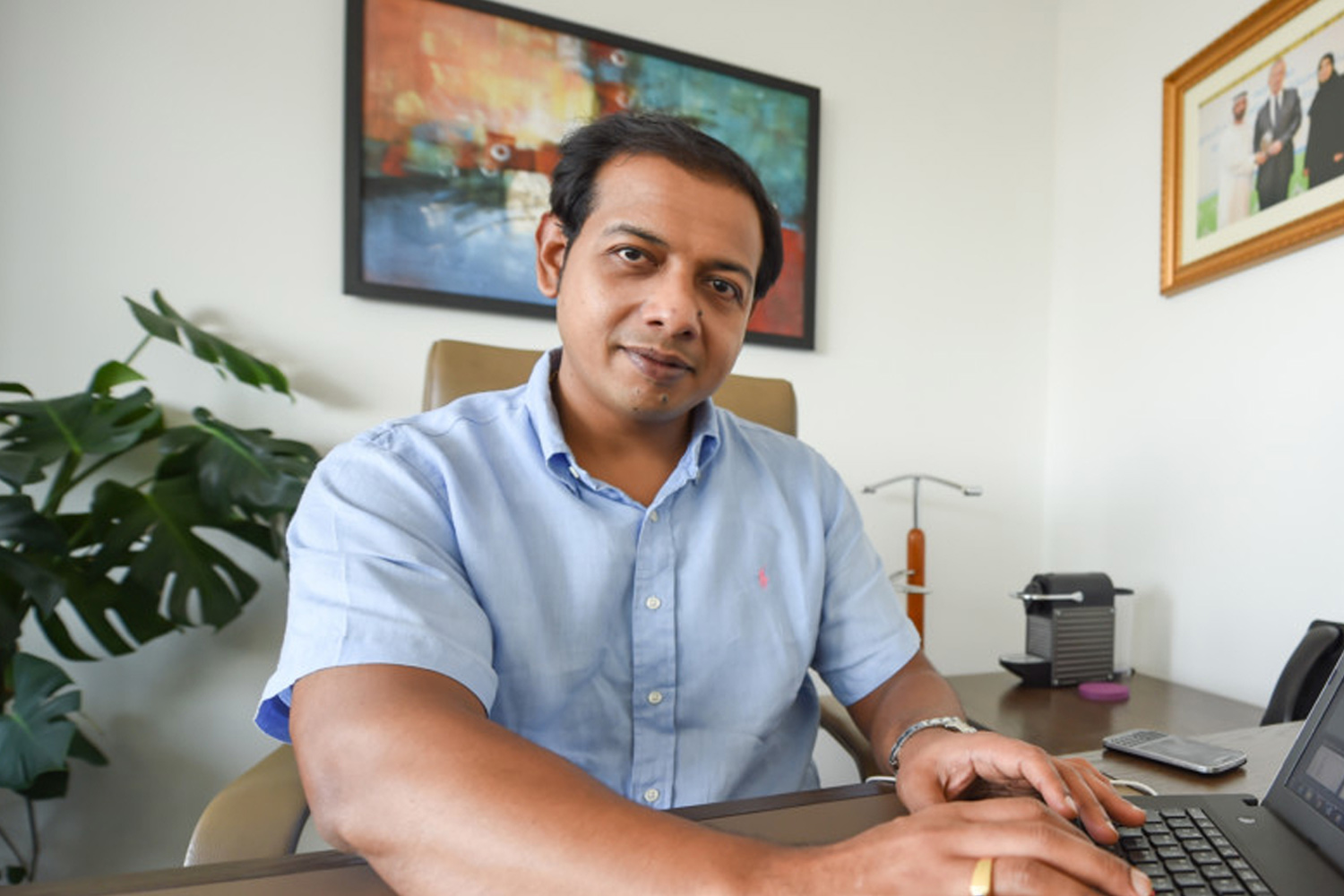 A Dubai doctor, discovered by chance on the Internet, has removed a monster fibroid weighing 3.5kg from the womb of a newlywed South African woman through a keyhole surgery while keeping her organs intact.

The husband of Sarah, 23, from Johannesburg told XPRESS that the couple found Dr Rajesh Devassy, consultant gynecological laproscopic surgeon at the Dubai London Clinic and Specialty Hospital, through a Google search when they were looking for doctors to handle her complex case. The 25cm fibroid, which weighed as much as a newborn, had distended Sarah’s abdomen to the size of an advanced pregnant womb.

The husband said although most doctors they consulted back home recommended open surgery to remove the fibroid, minimally invasive surgery was another option they wanted to explore. But none of the keyhole surgeons was willing to take up her case as the fibroid was too huge and the risk of complications loomed large. Under the circumstances, chances of natural childbirth were also ruled out.

Dr Devassy’s find brought about a dramatic turnaround. “When we called the doctor from Johannesburg, he was not free to talk. He said he would call back in 15 minutes and in what came as the very first reassurance, he actually did. We told him about our case and sent all the reports we had. The next thing we knew we were in Dubai for the keyhole surgery,” said Sarah’s husband.

“When the patient arrived at the hospital, her abdomen was distended like a nine-month pregnant woman. But after the keyhole surgery with three wounds of 5mm and one wound of 15mm, the tummy went back to its normal size. The patient recovered soon and left the hospital in 48 hours,” said Dr Devassy, who is a principal faculty and course director at Pius Hospital in Germany.

He said the five-hour operation was done under general anesthesia. The key lay in preserving the uterus for future childbirth.

Sarah’s husband said: “My wife was living with the fibroid for 18 months. Now to know it was gone forever was like a miracle. Specialists like Dr Devassy need more visibility so people globally can benefit from their expertise.”

The couple’s Dubai experience was so heartening that they have made the city their new home.