One of the world’s heaviest fibroids to be removed through Laparoscopy Myomectomy in the world, a 4.7kg tumour 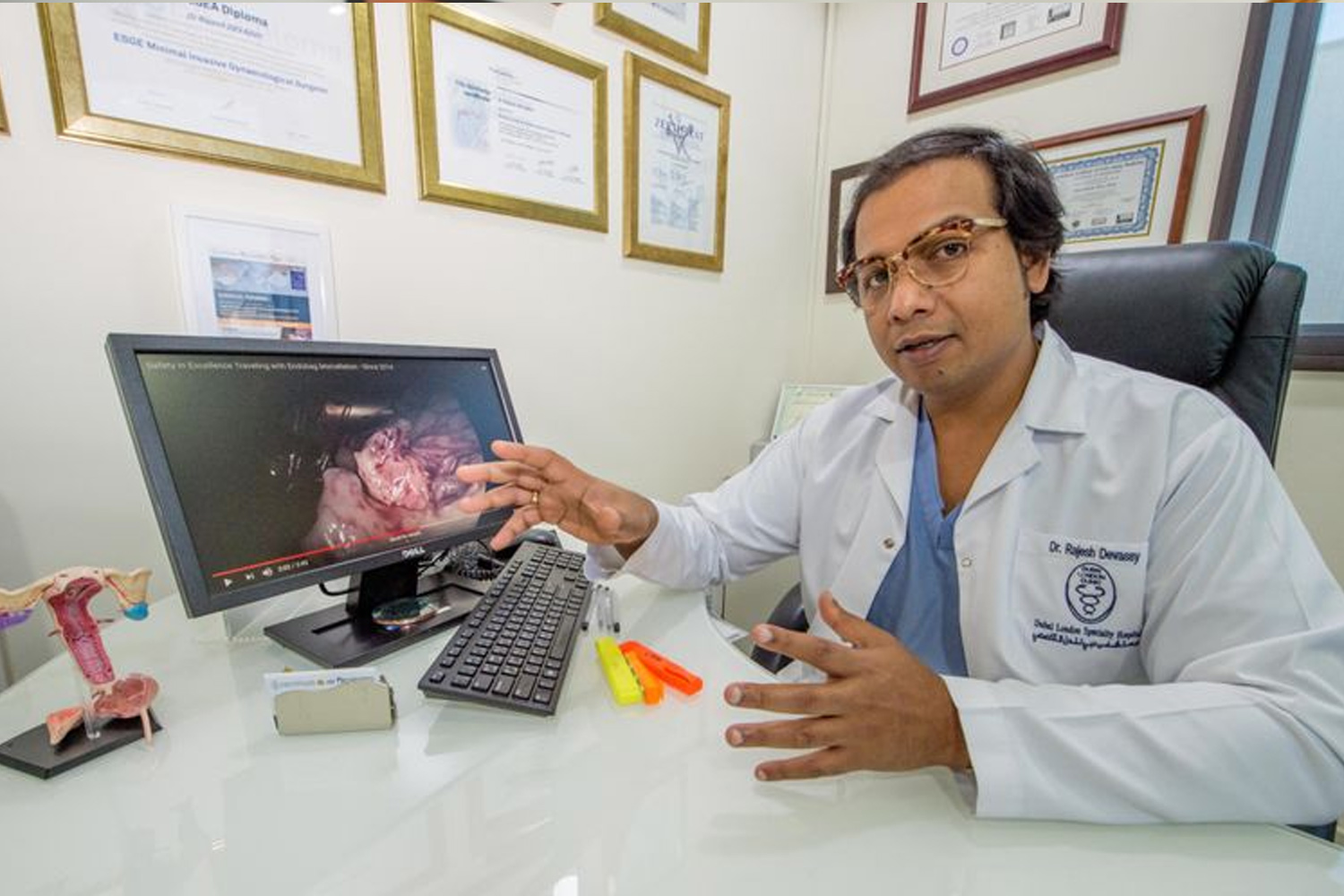 In what could be one of the world’s heaviest fibroids to be removed through laparoscopy myomectomy in the world, a 4.7kg tumour was pulled out from a patient’s womb at a private hospital in Dubai recently.

A fibroid is a tumour or abnormal growth found on the womb (uterus).

Dr Rajesh Devassy, specialist gynaecologist and laparoscopic surgeon who performed the operation at Dubai London Clinic and Speciality Hospital, said the operation, which was conducted on an Emirati patient, took six hours. She has since been given the all clear and is recovering well, he added.

Dr Devassy said the largest known fibroids removed through laparoscopy myomectomy were around “3.4kg-3.5kg”, so the current case could well be among the largest.

Considering the severity of the case, most doctors had offered to remove the uterus completely, Dr Devassy said, adding: “Using laparoscopy to remove just the fibroid, keeping the uterus intact and without the risk of death, was a challenge.”

But with Dr Devassy having the required expertise, the patient agreed to undergo keyhole surgery. In 2015, the doctor had removed a 3.5kg tumour laproscopically from a South African patient. He said laproscopy uses small incisions, a tiny camera and fine instruments to go in, cut the part and take it out. “It was a more complex but suitable option for this case,” he added.

The fact that the fibroid was so huge also posed a challenge. “It had to be done through bag extraction in which we’re the world’s pioneers,” he claimed. The process entails a bag surrounding the internal area to be operated. “So we’re inside the patient, but inside the bag.” This eliminates or minimises the risk of cut parts left inside the body, which harden overtime. In cancerous tumours, the left over parts can spread cancer to other areas.

The bag is rolled up very finely and then inserted; it is extracted the same way. In the latest case, we had to use two bags because one wasn’t enough for the big tumour, which was actually formed as seven separate tumours.”

The patient said she had endured for years “compression on the spine, having numbness, difficulty walking and lower back pain. No one knew what was the cause of the problem.” She was thankful she had found a solution right here in Dubai.

Dr Devassy, who runs an endoscopic unit at Dubai London Clinic and Speciality Hospital, said, “We’re also a training centre for the European Society for doctors to come take a look and learn how we do such surgeries.”