What type of milk should you be drinking? A full breakdown of dairy and plant-based varieties 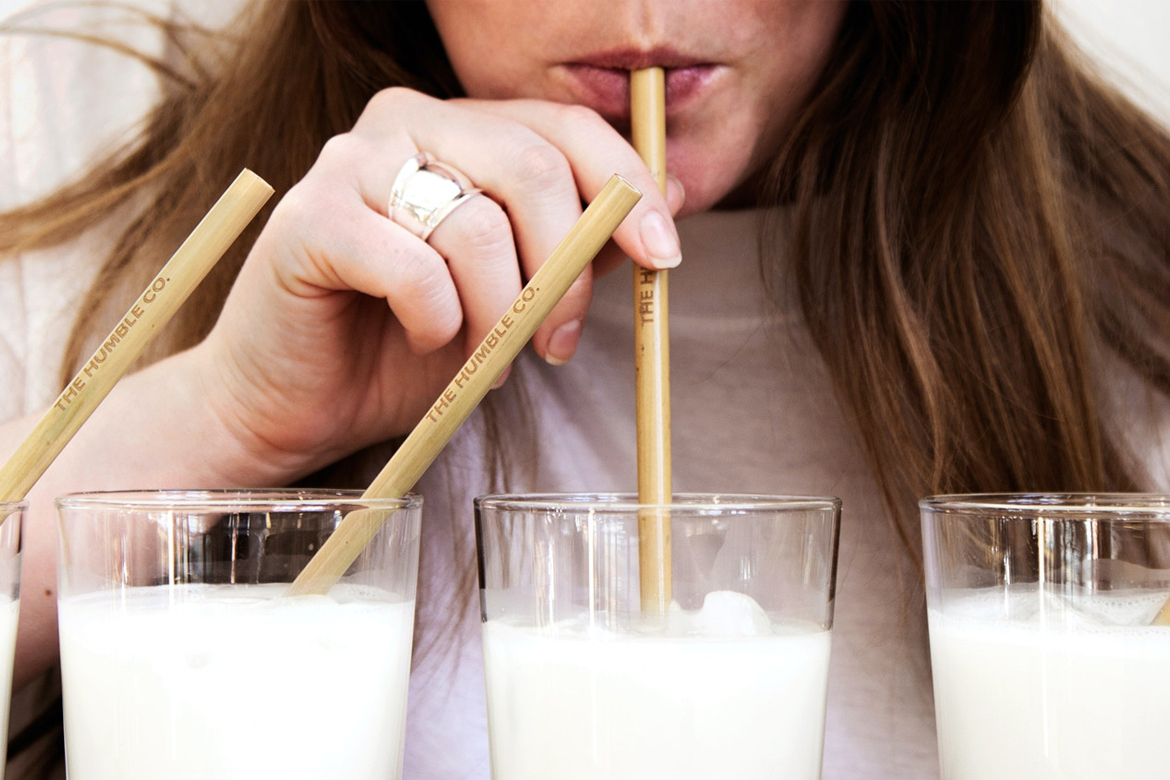 The milk aisle in your local supermarket probably doesn’t look like it did 10 years ago.

While cow’s milk is still a popular choice for many, the number of alternatives available to UAE residents can easily boggle the mind. Simply scan the shelves at your grocery store and you’ll find everything from oat to pea milk. While it’s always good to have choices, this can also get a little confusing if you’re trying to decide on what’s best for you and your family.

With World Milk Day falling on Tuesday, The National spoke to the experts for a lowdown on the benefits, disadvantages and nutritional content of each variety.

Silvena Rowe, the celebrity chef behind Nassau in Jumeirah Golf Estates, is known for experimenting with plant-based milk substitutes, and shares her thoughts on flavours and uses.

It’s a staple in many households, and there’s a good reason why. Dr Dana Al-Hamwi, a clinical dietician at Dubai London Clinic and Speciality Hospital, says it is loaded with many essential nutrients. “It is rich in fats, calcium, phosphorus and potassium, which is good for regulation and maintaining blood pressure, in addition to calcium and magnesium, which are good for bone health,” she explains.

The end result is a nutrient-dense source of protein that also has naturally occurring carbohydrates and vitamin A and D, says Dr Nadine Aoun, a dietician at Medcare Women & Children Hospital.

Bad for: Those with irritable bowel syndrome, Crohn’s disease, ulcerative colitis and H pylori infection, says Al-Hamwi. It is not suitable for those who are lactose intolerant. Cow’s milk has also been criticised over the years for having added hormones and antibiotics.

Silvena Rowe says: “If I buy cow’s milk, I only buy the organic variety as I find the flavour better. However, I use cow’s milk in extremely rare cases – for example when I am having a latte because I find that cow’s milk lattes always taste better.”

Nutritional content: One cup of whole cow’s milk contains about eight grams of protein and 148 calories.

Camel’s milk might be easier to source in the Mena region than in many other parts of the world. For those thinking about making a switch, both Al Hamwi and Aoun say it is lower in fat, sugar and lactose than cow’s milk. Aoun says it has 40 per cent less cholesterol than cow’s milk.

Good for: “Since it is less allergenic than cow’s milk, it is highly recommended to people who suffer from autoimmune diseases,” says Aoun. Camel’s milk also has a low lactose level as compared to cow’s milk, which might make it ingestible for those who are lactose intolerant.

Bad for: Al Hamwi recommends purchasing from a reliable brand, and ensuring it is pasteurised to prevent food poisoning.

Silvena Rowe says: “Middle Eastern camel’s milk is slightly salty but also has a sweet taste to it. There is nothing like it, especially a hot cup in winter in the desert.

“But it may be quite strong on people’s stomachs sometimes. People with a more delicate constitution may experience certain heaviness. One more thing I’d like to point out is that it is more expensive [than cow’s milk].”

Nutritional content: One cup of camel’s milk contains about six grams of protein and 100 calories. However, nutrient content differs according to the health and camel breed. Moreover, while camel’s milk seems to have a slew of health benefits, there is not enough research to back up some of the claims being made.

The below are plant-based and not derived from animals. When purchasing, opt for unsweetened versions to reduce calories and sugars, say experts.

One of the most popular plant-based alternatives is soya milk, made by grinding soaked soya beans (a legume native to East Asia), filtering the mixture and fortifying it with calcium, vitamins and additives.

“Since it is plant-based, it’s naturally cholesterol-free, lactose-free and low in saturated fat,” says Aoun, adding that it contains all the essential amino acids.

There are numerous flavoured soya drinks available in the market today, but they usually have a higher sugar content.

Good for: Vegans, as it is a great source of protein, and those who are lactose intolerant.

Bad for: Anyone with a soya allergy or sensitivity. “Some studies also say that increased soya intake can cause health problems for those with thyroid issues,” says Aoun.

Silvena Rowe says: “I happen to love soya milk, and don’t use it as much as I should. I follow Dr Michael Greger, an American physician, author and professional speaker on public health issues, best known for his advocacy of a whole-food, plant-based diet. According to him, women diagnosed with breast cancer who consume soya milk appear to have significantly lower risk of breast cancer recurrence.

“However, I would suggest that you look carefully at the labels for additives.”

Nutritional content: One cup of soya milk contains about eight grams of protein and 131 calories.

This variety of milk is gradually growing in popularity for its nutty flavour. Almond milk is made from grinding soaked almonds and filtered water – a process so simple, many have taken to making their own home-made varieties.

However, before heading to the kitchen, keep in mind that almond milk is not naturally rich in calcium and vitamin D, so many store-bought brands supplement these nutrients, while adding other ingredients to improve shelf life.

Bad for: People with a nut allergy. Experts point out that it is not a good source of protein and that many nutrients of the raw almonds are lost in processing. “Almond milk won’t provide the same heart health benefits as eating whole nuts,” says Aoun.

Certain brands might add carrageenan, used to thicken and preserve food, which can cause digestive issues for some people, Al-Hamwi points out.

Silvena Rowe says: “Making it at home is cheaper, cleaner and faster, and you can make cookies from the pulp that you will have left over from draining the milk – so nothing will be wasted.

“It has a delicious mild taste and flavour. The more almonds you use the thicker the almond milk will be. I also use it in baking, desserts and in my cereal.”

Nutritional content: One cup of almond milk contains about one gram of protein and 40 calories.

Made by soaking steel-cut oats or whole groats, blending and then straining, oat milk is becoming popular because it is usually thicker than a lot of plant-based varieties.

“Oat milk contains beta-glucans, which is a soluble fibre that may offer heart health benefits,” says Aoun. “A 250-millilitre glass of oat milk provides one gram of beta-glucans.”

Oat milk is generally fortified with calcium, vitamin D, vitamin A and riboflavin (B2).

Good for: Those who are avoiding dairy, soya and nuts.

Bad for: Those with a gluten intolerance or celiac disease. Oat milk is generally high in carbohydrates, and is best avoided by diabetics.

Silvena Rowe says: “Again, I suggest that you make your own oat milk rather than buying it from the store by using good quality organic oats. I use oat milk in my porridge, cereals, for cooking and baking.

“I also have found very good quality barista-style oat milk that I buy from the store and it foams when I make my own latte at home.”

Nutritional content: One cup of oat milk contains about four grams of protein and 130 calories.

The milk extracted from the grated pulp of coconuts has long been reserved for curries, but there’s definitely more than one way to enjoy it. Aoun says unsweetened coconut milk used as a beverage is made by diluting regular coconut milk or cream and therefore has a much lower calorie count than of the canned variety intended for cooking (which can be as much as 400 to 500 calories per cup).

However, coconut milk is not a good source of protein and has a high saturated fat content compared to other plant-based milks.

“Opting for a plant-based milk with lower fat content, such as almond, oat, rice, or cashew milk, or choosing fat-free cow’s milk, may be a better option for limiting saturated fat intake,” she says.

Good for: Those who are lactose intolerant.

Bad for: Those watching their weight.

Silvena Rowe says: “I absolutely adore coconut milk. The texture is smooth, creamy, delectable and indulgent. While delicious, it can be highly calorific.

“I make my own coconut milk for which I use organic coconut, therefore it is bit on the expensive side, but it is delicious. I use it for special occasions by adding it in my pastries and also make a variety of vegan creams using coconut milk.”

Nutritional content: One cup of unsweetened coconut milk contains about one gram of protein and 50 calories.

Made from yellow split peas and not the green variety, pea milk is widely being heralded for its many benefits – and one can easily see why. “Pea milk naturally has as much protein as cow’s milk, it is lactose-free and even has more potassium than cow’s milk,” says Aoun.

It also has fewer calories than cow’s milk.
Good for: Almost everyone as it is dairy-free, nut-free, lactose-free and gluten-free.

Bad for: No one in particular. Commonly cited cons of pea milk include the fact vegetable oil is generally added to make it creamier, so it’s advisable to study the ingredients label before you buy.

Lina Shibib, a clinical nutritionist at Medcare Hospital Al Safa, also says “the number of amino acids in pea milk is not complete, meaning the consumer would still need to get their essential amino acids from somewhere else”.

Silvena Rowe says: “It’s light, creamy and has an earthy flavour. When I make it, I tend to sweeten it with vanilla and maple syrup.”

Nutritional content: One cup of pea milk contains about eight grams of protein and 70 calories.